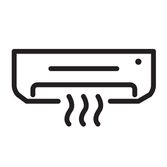 The system operates by drawing the air from the protected area into the panel and through a laser or LED chamber which detects smoke in the air.

An air sampling smoke detection system is capable of detecting fire at its earliest stage. Unlike traditional smoke detectors that passively detect smoke or hear in an immediate area, an air sampling system actively pulls air through a piping network and detects presence of particles that are created in the very early stages of a fire before smoke is visible.

Arrange a consultation at your commercial building with our fire protection specialists.

Benefits Of An Air Sampling System

Strictly necessary cookies
These cookies are essential for visitors to be able to browse the website and use its features. None of this information can be used to identify visitors as all data is anonymized.

Currency
Purpose: To be able to show prices in the currency matching the visitor's preferences.
Duration: 30 days.

Google Recaptcha
Purpose: To be able to validate whether the visitor is human and to limit the amount of spam from contact forms.
Duration: 1 year.
Provider: Google.


Third-party cookies
These cookies collect information about how visitors use the website, like which pages they've visited and which links they've clicked on. None of this information can be used to identify visitors as all data is anonymized.

ga
Purpose: Registers a unique ID that is used to generate statistical data on how the visitor uses the website.
Duration: 1 year.
Provider: Google.

gid
Purpose: Registers a unique ID that is used to generate statistical data on how the visitor uses the website.
Duration: 24 hours.
Provider: Google.

We also integrate with social platforms on this site that allow you to connect with your social network in various ways. Social media integration will set cookies through the website which may be used to enhance your profile on social media sites or contribute to the data they hold for various purposes outlined in their respective privacy policies.